We offer our sincere thanks to the Curator of the IBEW Museum in Washington, DC, Curtis Bateman, for his assistance with the exploration and discovery of the facts surrounding the Franklin Avenue boarding house that hosted our first convention. Curtis, a graduate of George Washington University, joined The Electrical Worker staff in 2008 and would become Curator in 2010. Curtis has spearheaded several improvements to the IBEW Museum, perhaps most notably was his work to digitize 125 years of our monthly journal so members could access our printed history with the click of a mouse. Here, in his own words, he shares why the IBEW story is...

A History Worth Celebrating 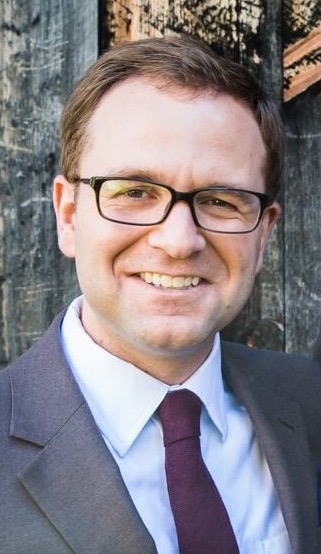 The beginning of any great organization is often humble. No more so is this case than with unions. Before they can ever dream of championing the rights of workers, unions must first find and convince disparate tradesmen to join one. This effort is often obstructed by hostile work environments, intimidation from fellow workers, corporate bosses and even, in the early years of the labor movement, the government itself. These are the challenges that all unions faced and still face. It is the perpetual struggle of the common man against the powerful interests. And for the early electrical workers, the fight was made all the more dire due to the lethal conditions and poor training that characterized their trade. Given such an array of adversities, the ten men who gathered in a small St. Louis boarding house in 1891 could not have imagined a more humble beginning for the IBEW.

No better evidence of our organization's early struggles can be offered than from our first President himself, Henry Miller. In his address to the 2nd Convention he stated, “In 1889 no brand of skilled labor ever presented a more unorganized or demoralized condition than that of the Electrical Workers of America... The craft as an organization had no existence and the failure of the Electrical Union in 1883 had led to the belief that any future attempt would be a fruitless task. In 1890, a few men came together and against bitter and most senseless opposition formed AFL Local 5221.”

For the next year Miller traveled the country using his own funds to organize locals and build grassroots support for a national organization. On November 21, 1891, ten delegates arrived back in St. Louis to make that dream a reality. J.T. Kelly, one of those delegates and our first Secretary-Treasurer, echoed Miller’s desperate assessment. “There was little to encourage this small group of men,” said Kelly. “The opposition to unionism at the time was active and bitter.

The obstacles seemed insurmountable. Hearts less courageous would have given up in despair. It took real red blooded men to go ahead with it. Today thousands upon thousands of our members enjoy the fruits of the vision of that gallant little band who staked their all that those who followed might have less of hardship and more freedom in their economic lives."

The names of that "gallant little band" were Miller, Kelly, Dorsey, Hedden, Berlowitz, Fisher, Heizelman, Finnell, Hartung, and Sutter. Take these names to heart and reflect for a moment upon their legacy. Think of how far we've come. We now live in a world that those men strove ceaselessly to create. I study history precisely to discover perspectives like these, for only a genuine understanding of the past can allow for a full appreciation of the present. And it is for this reason that I applaud the Electrical Workers Historical Society in their restoration of the humble boarding house that hosted our founding convention. The Society, aided by members of Local 1, have created a true memorial to the debt we owe to the pioneers of our craft. I have no doubt that the museum will guard well the inheritance left by those men whose sacrifices and unselfish devotion have created this great organization we have today.

This is the perspective I hope visitors will discover. A true appreciation of an incredible history. A history worth celebrating.

To learn more about the improvements made to your IBEW Museum by Brother Bateman or to schedule a visit to the museum, check out the museum webpage! If you are planning to attend the 39th IBEW Convention in St Louis, we are excited to tell you that you Curtis and his team packed up some of our most precious artifacts and will have them on display at a "mini-museum" they created inside the exposition hall at the America's Center - learn more!